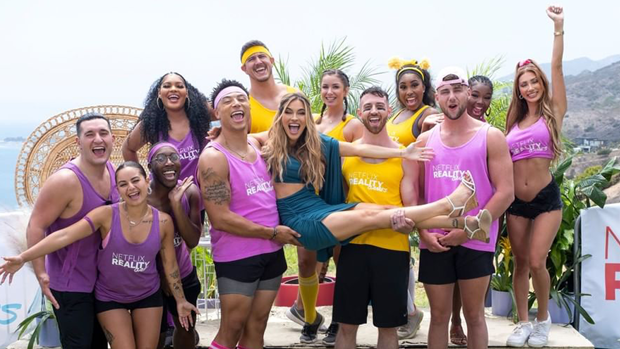 Netflix really could have changed the game with this one..

The streaming giant has unveiled a brand new series that combines all our fave reality TV shows into a massive celebrity competition series called Reality Games.

We're talking cast members from The Circle, Too Hot Too Handle, and Love Is Blind going head to head in a game show and all hosted by Selling Sunset's Chrishell Stouse.

Contestants include Too Hot to Handle's Francesca Farago and Harry Jowsey, The Circle's Joey Sasso and DeLeesa St. Agathe and Love Is Blind's Lauren Speed-Hamilton and Cameron Hamilton.

The thing is, “Reality Games” will not be available on Netflix. Instead, it will air on the Netflix Youtube Channel.

The first episode of Reality Games premieres today at 11am (or 7pm EST) on August 18, while episodes two and three will air today and tomorrow respectively.