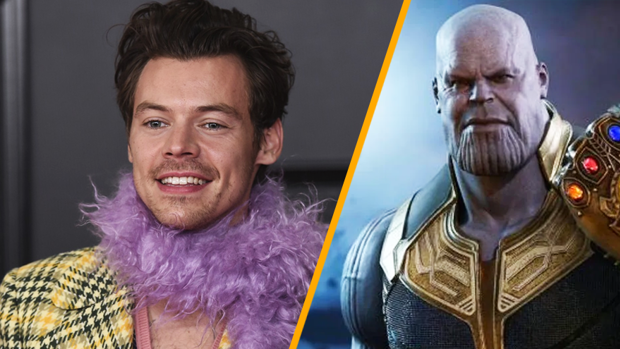 Marvel are about to get a whole heap of new fans!

Harry Styles has joined the team as the 'God of Love and Sex'in the new Marvel 'Eternals' movie directed by Chloe-Zhao.

The major casting news was revealed at last night's premiere of Marvel's upcoming Eternals, which will be released in Australia on November 4.

The 27-year-old star is rumoured to have made a surprise cameo as Thanos' brother Eros, which would likely mark the early beginnings of Styles' involvement with Marvel Studios for its expansive lineup of MCU movies.

Big reveal from #TheEternals premiere -- Harry Styles has joined the MCU as Eros, brother of Thanos.

News of Styles' involvement was leaked by Variety's Matt Donnelly and given Marvel's strict embargo, we're unsure whether he was actually allowed to do this.. Especially since this is the first time we've heard of it, someone could be in serious trouble!

mercury is out of retrograde, Harry Styles is joining the MCU as god of love and sex, and I woke up before 8 AM today. all is well in the world

But, we're stoked we'll have a little surprise! And Eros - The god of love? It's a match made in heaven for our Harry!