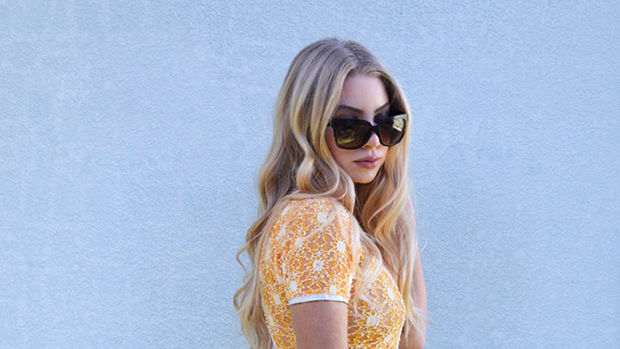 At the age of 19, Doe Hadfield had already been selected for nomination for a US Grammy in the Best New Artist category, following success on the Billboard Radio Charts as the AFK as Sophie Aboud.

Born in New Zealand, raised in Australia, and hailing from a multicultural background, Doe Hadfield grew up surrounded by music. After performing in dance competitions and musicals from a young age, Doe began writing poems at 11 years old and put them to music.

Doe relocated to the UK in 2015 and continued to write and record, with a number of tracks featured on the ‘Best Of British’ radio show, syndicated throughout the world.

Her Soundcloud account is gaining more and more fans as demos get added, with 200k streams to date.

Doe’s music encompasses the feeling of youth, love and chasing desires. With honest and alluring lyrics, she explores the sounds of freedom, sexiness and strength.

There’s a family influence too, her self-penned songs are co-produced with her brother. Together they explore electronic pop, bringing touches of R&B and cinematic undercurrents.

Indeed, Doe Hadfield is definitely ‘one to watch’.