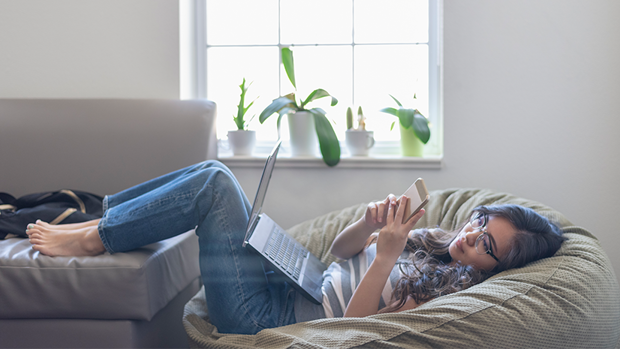 If you end up stuck in isolation, you're probably going to have a lot of spare time. We've put together a list of things you can do to fill in the time!

Whether it's Netflix, TVNZ OnDemand, Lightbox or Neon, catching up on some TV is the perfect way to pass the time and also see that show EVERYONE is talking about.

Love is Blind - If you haven't already, you probably need to watch this series, so may as well when you've got nowhere to be.

On My Block - Season three of On My Block has just been released, and it looks like the teens are in for a rollercoaster!

I Am Not Okay With This - If you're a fan of Stranger Things and End of The F***ing World, then watching this show will combine the two and have you hooked!

Mean Girls - Everyone's fave movie is finally on Netflix, so why not play a game of 'how many quotes can I remember' to pass the time?

Mind Hunter- This one isn't super new, but if you're a crime drama fan, this is the perfect time to watch both seasons.

Gossip Girl- with the reunion on the horizon, what a better time to binge all six seasons of drama, fashion and obviously, gossip!?

Kath and Kim - If you're looking for a laugh, there's only one place to go. And with the full seasons on Netflix, why not?

Stuff You Should Know- Take this time to learn something new with this poddy. Each episode is around an hour-long, so you won't run out of episodes!

Dying for Sex- When host Nikki Boyer’s best friend Molly is diagnosed with Stage IV breast cancer, she decides to do something bold. She leaves an unhappy marriage and embarks on a series of sexual adventures to feel alive.

Office Ladies- If you're a fan of The Office tv show, then you'll love this poddy which delves into the show with hosts Jenna Fischer and Angela Kinsey who played Pam and Angela on the show!

Can I Steal You For a Second? - Been obsessed with The Bachelorette NZ and want to hear more from the bachelors? This poddy is for you, with Sinead and Anna getting the boys and girls of the mansion to spill the tea on the show!

My Favorite Murder- If you love true-crime, then this poddy is for you. Karen Kilgariff and Georgia Hardstark tell each other their favorite tales of murder and hear hometown crime stories from friends and fans.

While you may not be able to socialise normally, picking up the phone and seeing a friend via the internet is the best way to keep yourself entertained and catch up with friends.

We all live busy lives, and sometimes you start a book, never to finish it. Now's the time to catch up on some reading and below we've recommended some books we're loving at the moment!

A grumpy yet loveable man finds his solitary world turned on its head when a boisterous young family moves in next door.

29-year-old Eleanor Oliphant, a social misfit with a traumatic past who becomes enamoured of a singer, whom she believes she is destined to be with.

The Wife Between Us by Greer Hendricks

About a jealous wife, obsessed with her replacement. It's about a younger woman set to marry the man she loves. The first wife seems like a disaster; her replacement is the perfect woman. You will assume you know the motives, the history, the anatomy of the relationships.

The Tattooist of Auschwitz by Heather Morris

Lale Sokolov is well-dressed, a charmer, a ladies' man. He is also a Jew. On the first transport of men from Slovakia to Auschwitz in 1942, Lale immediately stands out to his fellow prisoners.

A Women is No Man by Etaf Rum

Etaf Rum tells the story of three generations of Palestinian-American women struggling to express their individual desires within the confines of their Arab culture in the wake of shocking intimate violence in their community—a story of culture and honor, secrets and betrayals, love and violence.

Everything I know about Love by Dolly Alderton

The wildly funny, occasionally heartbreaking internationally bestselling memoir about growing up, growing older, and learning to navigate friendships, jobs, loss, and love along the ride.